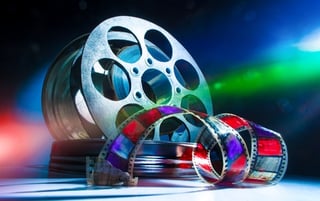 The night has finally arrived.  You know that night when we all turn into movie critics and debate the merits of our choices in loud voices.  Possibly we prefer to be fashion critics with equally strong opinions of the red carpet vamps.  Either way, we’re hooked.

Before you stake out your spot in front of the TV, we thought you may want to stock up on some Oscar Trivia.

Oldest person to give an acceptance speech. Christopher Plummer. At the age of 82, Plummer received the coveted Best Supporting Actor Oscar for his work in “Beginners” (2010). He starred in the film opposite Ewan McGre

Youngest person to give an acceptance speech. Tatum O’Neal. The actress took home the Best Supporting Actress Academy Award for her role in “Paper Moon” (1973). She was just 10 years old.

Shortest acceptance speech. Joe Pesci famously uttered five words when he won the Best Supporting Actor Oscar for “Goodfellas” (1990). But he’s not the only celebrity enamored of brevity. Another of few words was Alfred Hitchcock when he was presented with the Irving G. Thalberg Memorial Award in 1968. The same year, Patty Duke simply said, “Thank you,” when she won the Best Supporting Actress Academy Award for “The Miracle Worker.”

Liza Minnelli has a special place among the winners. She is the first (and only) star who won an Oscar after both her parents also took home Academy Awards. Minelli won as Best Actress for “Cabaret” (1972); her mother, Judy Garland, received an honorary award in 1939; and her father, Vincente Minnelli, won as Best Director for “Gigi” (1958).

First person to thank her mother. Greer Garson was honored with the Best Actress Oscar for “Mrs. Miniver” (1942).

First person to thank his father. Ernest Borgnine was honored with the Best Actor Academy Award for “Marty” (1955).

Robert De Niro thanked his grandmother and grandfather. He also expressed his gratitude to his mother and father when he accepted the Best Actor Oscar for “Raging Bull” (1980).

Halle Berry arguably gave one of the most memorable acceptance speeches. When Berry became the first black woman honored with the Best Actress Academy Award for “Monster’s Ball” (2001), she acknowledged other black women for helping to make her win possible, saying: “This moment is so much bigger than me. This is for every nameless, faceless woman of color who now has a chance tonight because this door has been opened.”

Walt Disney is the most honored person in Oscar history. He received 59 nominations and 26 competitive awards throughout his career.

Composer John Williams is the most nominated living person with 49 and 5 wins. (as of 2015)

Meryl Streep is the most nominated performer in Academy history with 19 nominations.

Jack Nicholson is the most nominated male performer in Academy history with 12 nominations.

Katharine Hepburn had the most Oscar wins for a performer, with four.

Daniel Day-Lewis is the only person to have three Best Actor Oscars.

Tatum O'Neal is the youngest person to ever win an Oscar at 10 years, 148 days old.

Julia Roberts, whose perfect poise dissolved into a raucous laugh midway through her Best Actress Oscar speech in 2001 for her turn in "Erin Brockovich." After noticing that music conductor Bill Conti looked about ready to play her outro, Julia exclaimed, "And sir, you're doing a great job, but you're so quick with that stick. So why don't you sit, 'cause I may never be here again." She then proceeded to reel off a huge list of thank yous before erupting into laughter mid-sentence and bellowing, "I love it up here!"

And now, the envelope please.  We invite you to sit back, relax, and enjoy the show.

Dean& Draper is a Trusted Choice insurance agency representing over 200 insurance companies. For over 35 years we have offered a trusted freedom of choice to our clients.  ContactUs..