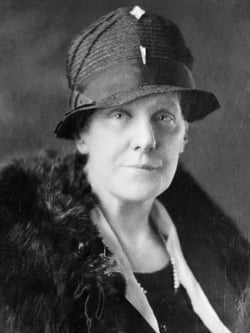 We wish the mothers in our midst a Happy Mother’s Day.  As we celebrate our mothers and their support, achievements, and contributions to families and our country, we thought a look at how Mother’s Day began would be interesting.

The official observance of Mother's Day in its present form is credited to Anna Jarvis (1864-1948) of Philadelphia, PA. She wanted to honor the memory of her mother, Mrs. Ann Marie Reeves Jarvis, who died in 1905.

Mrs. Ann Marie Reeves Jarvis organized several "Mothers Day Work Clubs" in the 1850s in the West Virginia area. Mrs. Jarvis wanted to combat the poor health and sanitation conditions that existed in many areas and contributed to the high mortality rate of children.

After the Civil War, Mrs. Jarvis worked as a peacemaker encouraging families to set aside differences created by the polarization of the war. In 1868, she organized a "Mothers Friendship Day" to bring together families that had been divided by the conflict.

In 1907 Anna had a small gathering of friends in her home to commemorate her mother's life. She announced the idea of a national day to honor mothers. It was to be a day to honor all mothers, and also a day to remember the work of peacemaking, reconciliation, and social action against poverty started by her mother. That same year, Mother's Day was also celebrated in Philadelphia.

Anna and her supporters tirelessly wrote to ministers, business people, and politicians in their quest to establish a national Mother's Day to honor all mothers. By 1911, Mother's Day was celebrated in almost every state.

In 1914, President Woodrow Wilson made it official: Mother's Day would be a national holiday held each year on the second Sunday in May. He stated that mothers were "the greatest source of the country's strength and inspiration." He ordered the United States flag displayed on all public buildings to honor mothers.

Mother's Day is the legacy of Anna Jarvis and her mother Ann Jarvis. At the heart of the traditions around Mother's Day are themes of honoring mothers, compassion, peace, reconciliation, and social action.

Today, Mother's Day is celebrated (officially and unofficially) in dozens of countries, although on different dates. In the United States, Canada, Denmark, England, Finland, Italy, Turkey, Australia, Belgium, and Japan it is celebrated on the second Sunday of May.  While other countries celebrate Mother’s Day, the dates in May vary.  Currently Mexico, Hong King, India, Malaysia, Pakistan, Saudi Arabia, Singapore, and the United Arab Emirates celebrate mothers on May 10.  Mothers are also celebrated in France, Spain, Portugal, Sweden, Norway, and South Africa during the month of May.

Happy Mother’s Day to our friends and customers.  We wish you a great day of appreciation, family, and honor.