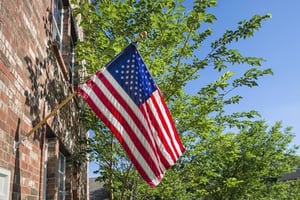 A part of my family history revolves around flying the American Flag on significant days in our country’s history.  Since my dad was a World War II veteran, he instilled the respect, appreciation, and honor the flag symbolizes.  So today, we’re offering some history of the American Flag along with information on how to appropriately fly our flag.

The Flag of the United States of America is a symbol of freedom and liberty to which Americans pledge their allegiance. The following information is from the USA.gov website.

The flag consists of 13 alternating red and white stripes that represent the 13 original colonies, and 50 white stars on a blue field, with each star representing a state. The colors on the flag represent: 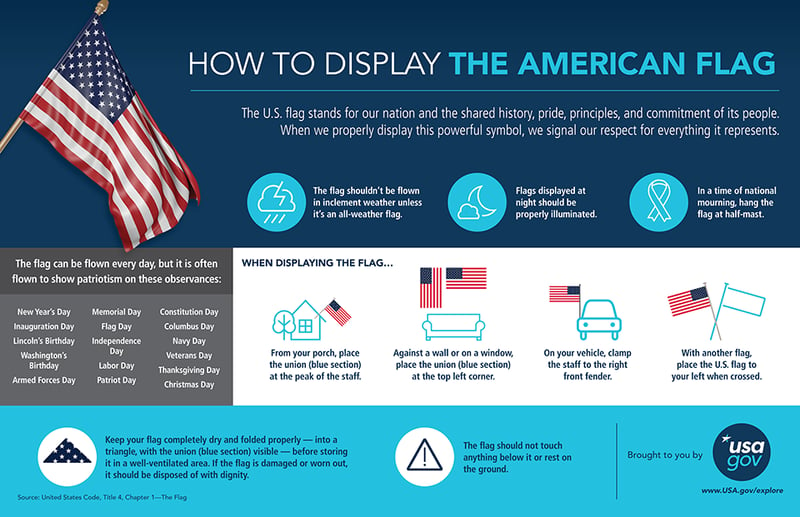 The Smithsonian has provided the following information on the history of the American Flag.

Until the Executive Order of June 24, 1912, neither the order of the stars nor the proportions of the flag was prescribed. Consequently, flags dating before this period sometimes show unusual arrangements of the stars and odd proportions, these features being left to the discretion of the flag maker. In general, however, straight rows of stars and proportions similar to those later adopted officially were used. The principal acts affecting the flag of the United States are the following:

We wish you, your family, and friends a great Memorial Day.  When you have questions about your insurance, we welcome your call.