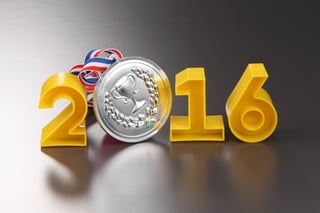 Now we’re about halfway through the Olympics you might be looking for something unusual to watch.  We have some suggestions for events you may have missed on your schedule.  Here are our recommendations for something exciting, interesting, and somewhat strange to check out.

Race walking is the world’s greatest race that doesn’t look like a race, but more like a group of people trying to beat each other to the bathroom. It’s been in the Olympics since 1904, starting out as a half-mile walk that has since grown to be a 20 kilometer race for men and women, and a 50 kilometer race that’s only for men. The sport itself originated from pedestrianism, a British competitive walking sport that was popular in the mid to late 19th century.

So what makes it race walking and not just long distance running? Athletes must have one foot in contact with the ground at all times, and race judges watch competitors during the event to make sure nobody breaks into a full jog. You can watch the women’s 20km and men’s 50km on Friday, August 19th.

You know what sounds fun? Grabbing something heavy and seeing who can throw it the farthest. The hammer throw is odd-looking, dangerous, and super fun to watch. The sport originally dates back to the 15th century, has been absorbed into the super hardcore Scottish Highland games, and it’s one of the oldest official Olympic events in existence, debuting in 1900.

The hammers the athletes throw are actually hammer weights, with the men’s hammer coming in at 16 pounds and the women’s at nearly nine pounds. To throw the hammer, competitors swing the weight on a cord twice while stationary, then make four or five full-body rotations before releasing the weight into the air. Strength is essential for the hammer throw, but the speed an athlete can build up when spinning is just as important when it comes to gaining distance. Winning is plain and simple: whoever throws it the farthest wins.

Handball isn’t all that weird for most of the world, and it’s been in the Olympics since 1972, but its lack of popularity in the U.S. makes it a bit of an enigma for Americans. It’s a team sport where two teams of seven players pass a ball around with their hands and try to throw the ball in the other team’s goal. The simplest explanation is “soccer with your hands,” and it’s the closest you’ll get to Olympic Quidditch sans the brooms.

If you want to watch the best sport you probably don’t know about, it’s going on almost every day at this year’s games. Both men and women’s handball have kicked off, but there are games on every day through the end of the Olympics on August 21st.

Why run around a boring ol’ track when you can add some crazy obstacles like fences and pools to the mix? Enter the steeplechase. It originated in Ireland as a horse race, where riders would go from one town’s steeple to the next jumping over streams and the stone walls that commonly separated estates at the time.

The race is 3,000 meters long, and has 28 barriers to jump over—seven of which are jumps into pools of knee-deep water. Competitors’ shoes get wet and slippery, people trip over barriers, and it’s not uncommon to see someone face plant into a pool of water. Knowing that makes watching the race a lot fun. This year it takes place on August 17th.

Dressage is, in essence, horse dancing. But make no mistake, the event requires just as much training and athleticism as any other Olympic-level competition — both for the horse and the rider (those who say otherwise have probably never ridden a horse). In French, dressage literally means “training,” and that’s what’s truly being tested during the competition. As the International Federation of Equestrian Sports puts it, dressage is the “highest expression of horse training.”

If you want to see some finely dressed folks riding a dancing horse (you know you do), you can catch dressage finals on Monday, August 15th

We hope that you are enjoying the 2016 Olympics and find our off beat suggestions interesting.  When you have questions about personal or commercial insurance, we also hope that you will call us.  We welcome your questions and are ready to provide answers.