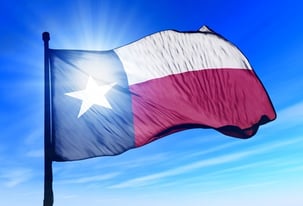 Wondering which states are the most business-friendly?  Tax rates, regulations, growth stance, and the quality of life in each state can have a big impact on your business’ success.

In Chief Executive Magazine’s "2015 Best and Worst States for Business” survey completed by 511 U.S. CEOs, states were measured on three categories to achieve their overall ranking:

Here are the 2015 top 10 states for business according to Chief Executive Magazine.

In addition to low taxes, a quality workforce, reasonable housing costs and favorable weather conditions, Arizona continues to attract and keep big-name businesses such as Wal-Mart, FedEx, Honeywell, JPMorgan Chase and dozens of others.

During 2015, Louisiana showed strong improvement in attracting and retaining technology businesses, while also benefitting from a downstream position in oil and gas. CEOs are pleased with the state's industrial incentives, cheap energy and non-union workforce.

The only Midwest state to make the top 10, the right-to-work state's business growth strategy has been paying off. Indiana boasts 68 company headquarters, including Cummins, Eli Lilly, Brightpoint and Delta Faucet Company.

Georgia is experiencing business growth. Its low tax and regulatory hurdles, along with a high-quality workforce and a strong living environment recently attracted Mercedes-Benz.

Tennessee is becoming a center for automotive industry manufacturing, including a Nissan plant in Knoxville.

North Caroline continues to outpace other states in new job growth, and dominates the south in areas such as laptop exports and agriculture. Tobacco is still the state’s leading grown product.

This southeast state, which has held its second-place position for four years, has much to offer businesses, including a world-class infrastructure, flexible enterprise zones and tax credits for R&D.

Since the recession began in December 2007, 1.2 million net jobs have been created in Texas, while 700,000 net jobs were created in the other 49 states combined. From climate to transportation to cost of living, Texas has proven it can't be beat.  Texas has held the number 1 position in the CEO survey for 11 years.

The Good News is…

In his article for Chief Executive Magazine, Texas: Beyond Black Gold, Dale Buss comments on the Texas economy.

“Even as Texas hung on to its No. 1 ranking for 2015 in the Best States & Worst States list, can the Lone Star State withstand the continued hit from the global surplus of oil because of its diversifying economy—or even outperform its previous benchmarks as the U.S. economy gains steam?”

“…internal players and outside observers alike give Texas good odds of finishing No. 1 again in the 2016 Chief Executive index based largely on four factors: only about 4 percent of the state’s workforce is in the oil and gas industry now, a fraction of a generation ago; other industry pillars keep rising; regions outside the oil patch have made their own prosperity; and the Abbott administration has some strengths of its own.”

At Dean & Draper, we’re dedicated to supporting our business clients with exactly the right insurance coverage for your situation – not too much, not too little.  Now could be a good time to review your policies, discuss your options, and assure that your insurance meets your need.  We welcome your call, 713.527.0444 or 888.266.2680.

Dean & Draper is a Trusted Choice insurance agency representing over 200 insurance companies. For over 35 years we have offered a trusted freedom of choice to our clients.  ContactUs.