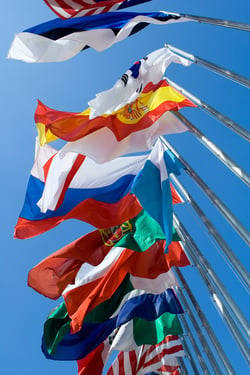 In their most recent 2018 Expat Insider Survey, InterNations’ results could give United States residents pause.  We found the expat view of our country interesting and revealing.  Of course, we included the countries who also fell in the bottom of the survey.  The results below are from the part of the survey focused on Safety and Security.

It might be safer to live outside the U.S., according to InterNations, which recently published the 2018 Expat Insider Survey. For the 2018 survey, 18,135 expats living in 187 territories and countries provided insights into what it’s like to live and work in 68 places, focusing on topics such as quality of life, working abroad, cost of living and more.

One of the most compelling areas of focus is the Safety & Security subcategory, which is part of the Quality of Life Index. This consists of three factors — peacefulness, personal safety and political stability — which the respondents rated on a scale of one to seven. The results were then bundled to create a global ranking of the most dangerous places for expats to live. InterNations also broke out the results to create a female global ranking, which was based on the replies from 8,855 women respondents.

We hope you find the Survey interesting.  When you have questions about your insurance, we’re here to give you all of the answers.  Please call us.