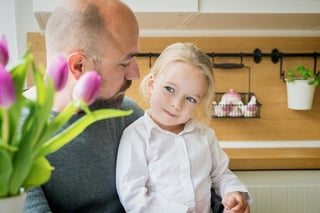 First, we would like to congratulate the fathers we know and love.  In preparing this blog we also have to admit that we’re surprised on exactly how long it took to officially honor the fathers in this country.  Let’s start with Mother’s Day.  The first Mother’s Day celebration was in Grafton, West Virginia in 1908 and Woodrow Wilson signed the proclamation creating a national day to honor mothers in 1914.  Thanks to our friends at Wikipedia for their compiled history of Father’s Day.

The Beginning of Father’s Day

In 1910, a Father's Day celebration was held in Spokane, Washington, at the YMCA by Sonora Smart Dodd.  Its first celebration was in the Spokane YMCA on June 19, 1910. Her father, the civil war veteran William Jackson Smart, was a single parent who raised his six children there. After hearing a sermon about Jarvis' Mother's Day in 1909 at Central Methodist Episcopal Church, she told her pastor that fathers should have a similar holiday honoring them. Although she initially suggested June 5, her father's birthday, the pastors did not have enough time to prepare their sermons, and the celebration was deferred to the third Sunday of June. Several local clergymen accepted the idea, and on June 19, 1910, the first Father's Day, "sermons honoring fathers were presented throughout the city.”

However, in the 1920s, Dodd stopped promoting the celebration because she was studying in the Art Institute of Chicago, and it faded into relative obscurity - even in Spokane.

In the 1930s, Dodd returned to Spokane and started promoting the celebration again, raising awareness at a national level. She had the help of those trade groups that would benefit most from the holiday - the manufacturers of ties, tobacco pipes, and any traditional present to fathers. By 1938 she had the help of the Father's Day Council, founded by the New York Associated Men's Wear Retailers to consolidate and systematize the commercial promotion.  Americans resisted the holiday for its first few decades, viewing it as nothing more than an attempt by merchants to replicate the commercial success of Mother's Day, and newspapers frequently featured cynical and sarcastic attacks and jokes. However, said merchants remained resilient and even incorporated these attacks into their advertisements.

A bill to accord national recognition of the holiday was introduced in Congress in 1913. In 1916, President Woodrow Wilson went to Spokane to speak in a Father's Day celebration and wanted to make it official, but Congress resisted, fearing that it would become commercialized. US President Calvin Coolidge recommended in 1924 that the day be observed by the nation, but stopped short of issuing a national proclamation. Two earlier attempts to formally recognize the holiday had been defeated by Congress. In 1957, Maine Senator Margaret Chase Smith wrote a proposal accusing Congress of ignoring fathers for 40 years while honoring mothers, thus "[singling] out just one of our two parents".

In 1966, President Lyndon B. Johnson issued the first presidential proclamation honoring fathers, designating the third Sunday in June as Father's Day. Six years later, the day was made a permanent national holiday when President Richard Nixon signed it into law in 1972.

So we were celebrating Mother’s Day for 58 years before Father’s Day became official.  Thanks to our fathers who carried on – Father’s Day or not.

Dean& Draper is a Trusted Choice insurance agency representing over 200 insurance companies. For over 35 years we have offered a trusted freedom of choice to our clients.  ContactUs..