If it becomes law, the American Health Care Act will have the biggest effects on people who buy their own insurance or get coverage through Medicaid. But it also means changes for the far larger employer health system.

About half of all Americans get health coverage through work. The bill would make it easier for employers to increase the amount that employees could be asked to pay in premiums, or to stop offering coverage entirely. It also has the potential to weaken rules against capping worker’s benefits or limiting how much employees can be asked to pay in deductibles or co-payments.

Whether those changes happen depends on how the Trump administration, states and employers act. The possible effects on the employer health system got little attention during congressional debate.

The employer health benefit system existed long before the Affordable Care Act and was little changed by that law, which focused on expanding coverage for people who did not get their insurance from work. But Obamacare did expand some consumer protections for employer coverage. It also included a controversial “employer mandate,” which required large employers to offer affordable, comprehensive coverage to their workers or face a fine.

The Republican health bill, which passed the House last week and faces changes in the Senate, would weaken or eliminate those protections. 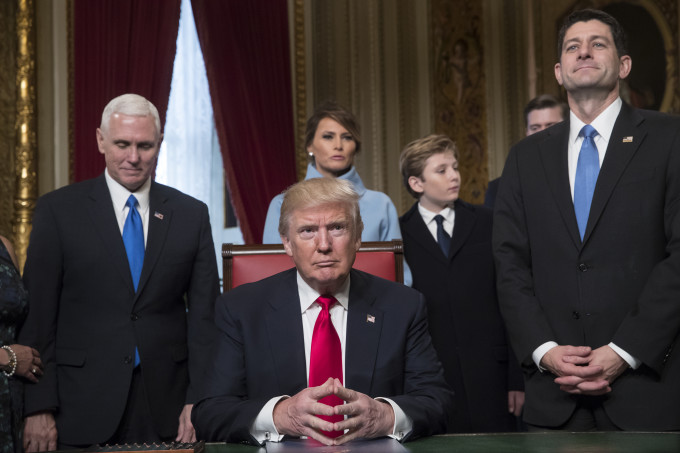 Employers who do not offer insurance to their full-time workers would no longer be fined. Under a Republican health law, benefits consultants predict that most employers would keep offering insurance so as to retain workers. But smaller employers, particularly in certain industries, may choose to cut back.

In its estimate of the effects of an earlier version of the bill, the Congressional Budget Office said that about seven million fewer Americans would have insurance through work if the Republican health bill became law, compared with what would happen under current law. (Many of those people would still get coverage, the office said — they would just need to buy it themselves — but some would become uninsured.)

Employers would also be freed from penalties if their insurance did not meet a certain affordability standard for their workers; that could mean charging workers a larger share of insurance premiums.

Changes to Obamacare’s consumer protection rules are harder to predict. But it is possible, through the interaction between the health bill and current regulations, that employers would be able to skirt rules that forbid them from limiting the total amount of health care they will pay for in a year or a worker’s lifetime. A rule capping the amount that a worker can be asked to pay in deductibles and co-payments each year could be similarly vulnerable. That possibility was covered last week in The Wall Street Journal.

Large employers, like LAC+USC Medical Center, are likely to continue offering health coverage to their workers, even if the law changes. But the Republican Health bill, if enacted, could cause some smaller employers to cut back. Credit: Jenna Schoenefeld for The New York Times

Matthew Fiedler, a fellow in economic studies at the Brookings Institution and a former Obama administration official, explained in a recent blog post how the bill could bring back coverage limits. He said that the Trump administration could prevent employers from rolling back the rules through regulation. But he noted that a permissive regulatory approach, which could allow employers to impose limits on coverage, seemed consistent with the administration’s policy preferences. “I think it’s the most likely outcome, but it’s not a guaranteed outcome.”

Zach Hunter, a spokesman for the House Energy and Commerce Committee, which helped draft the bill, said that legislators did not intend for waivers to have any effect on the employer market. “Any ambiguity caused by previous administrations’ guidance from H.H.S. could be resolved by Secretary Price,” he said, referring to Tom Price. Alleigh Marré, a spokeswoman for the Department of Health and Human Services, told The Journal that the department would write regulations in line with the legislation’s intent.

Before the Affordable Care Act, limits on overall coverage were quite common. A Kaiser Family Foundation study found that 59 percent of American workers with employer health plans were covered by plans with a lifetime limit in 2009. A 2009 study from the benefits consulting firm Mercer reached a similar conclusion. It is not clear whether such caps would become as widespread in the future, but, if allowed, may become appealing for some employers looking to reduce costs.

“Lifetime limits affect very few people,” said Larry Levitt, a co-author of the Kaiser study, explaining employers’ thinking. “It allows you to lower your costs without affecting very many people.” But, he noted, such limits can be devastating to those with very costly health conditions.

Obamacare rules limiting the total amount patients with catastrophic illnesses could be asked to pay through deductibles and co-payments may also be weakened by the health bill. Currently, individuals can’t be asked to pay more than $7,150 annually for essential care. The limit for families is $14,300.

A recent survey of 666 employers from the benefits consulting firm Willis Towers Watson found that 15 percent of the employers would consider imposing lifetime coverage limits if it were allowed. The survey did not ask about raising out-of-pocket maximums.

James Gelfand, a senior vice president for the ERISA Industry Committee, a trade group that works with large employers on health benefits, said he thought the return of lifetime limits was extremely unlikely, even if the American Health Care Act became law. He spoke with some members in April about the issue. “That was an eye roll,” he said.

Changes are most likely among employers with fewer workers, or those that tend to pay hourly wages. Those were the types of businesses least likely to offer comprehensive coverage in the years before the Affordable Care Act. The Mercer study found that about 22 percent of wholesale and retail companies offered their workers so-called “mini-med” insurance plans, made illegal by Obamacare, with sharply limited medical benefits.

The Republican bill would not allow employers to charge higher insurance prices to those with pre-existing health conditions. That practice was barred by the Health Insurance Portability and Accountability Act in 1996, and was not changed by the Affordable Care Act. Some people who buy their own insurance might face a return of such health-based pricing under the Republican bill.

The bill would also ease a current pressure on employers to lower the cost of their health plans. Enactment of the so-called Cadillac tax on expensive insurance plans will be postponed until 2026 under the American Health Care Act.

Even if the law changes, coverage by most large employers is likely to remain widespread and robust, particularly if a strong economy prompts them to compete to attract workers. But even in past downturns, health benefits have proved tricky to take away. In the years before the Affordable Care Act, employers had no requirement to offer coverage and few rules about what benefits they should include. Still, in those years, generous employer coverage was the norm for large companies. “It’s not likely they would abandon that approach in a post-A.C.A. environment,” said Tracy Watts, the United States health reform leader at Mercer.