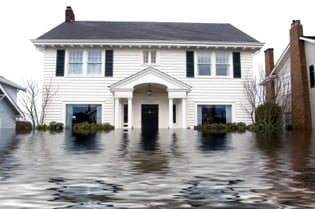 The Senate today voted against legislation that included a provision to reauthorize the National Flood Insurance Program (NFIP).

Along with short term extensions for numerous other federal programs, the NFIP extension was passed by the House just prior to the Memorial Day recess. It was voted down by the Senate today amid concerns that other, unrelated provisions in the bill would add to the federal budget deficit. Should the Senate approve an amended version, the legislation would have to go back to the House for another vote in that chamber.

"It's been over two weeks since the National Flood Insurance Program was allowed to expire, and the program is still being held up because of unrelated issues," said Jimi Grande, NAMIC senior vice president of federal and political affairs. "This lack of action by Congress is unacceptable, particularly when we're in the first few weeks of the 2010 hurricane season."

The Atlantic storm season began June 1 and the National Oceanic and Atmospheric Administration has forecasted that 2010 will be among the most active seasons ever. The NOAA predicts that 2010 will see 14 to 23 named storms, with eight to 14 of those developing into hurricanes. Of those, the NOAA has said that three to seven may develop into Category 3 or above hurricanes with winds of over 110 miles per hour.

"We cannot afford to have political disagreements get in the way of protecting millions of Americans from flood losses," Grande said.