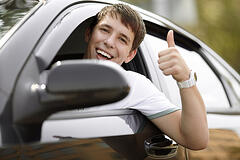 Our first Driverless Car blog, Driverless Cars - Big Safety Inatiative? appeared on February 9, 2014.  We thought an update was in order.

Google’s Self-Driving cars have now driven 700,000 miles accident free.  Since the average driver logs about 15,000 miles a year, Google’s mileage equates to about 47 years of safe driving.  Around the country, driverless cars are being tested in California, Florida, Nevada, Michigan, and Washington, D.C.

In an intriguing article and Info-Graphic in State Tech Magazine, Nicole Blake Johnson has a short list of both the good and bad of converting to Self-Driving Cars.  Click here to view the article.  We’ve listed a few of their points here.

Speculation is running rampant from when the cars would actually be available; the answers range from 2017 – 2023 depending on the manufacturer; to the big question of who would be liable if the car did actually crash.  Mark Chalon Smith examined the interesting possibilities in his January 7, 2015 article 7 Bizarre Driverless Car Claims.  We selected our favorites to summarize here.

They may bankrupt copy budgets

Police departments across the country, especially smaller ones, often depend on the income they gather from ticketing motorists. In fact, about 41 million people a year are hit with speeding tickets, with more than $6.2 billion in fines, according to statistics gathered by the U.S. Highway Patrol.  Eventually driverless cars will observe speed limits, detect and respond to traffic signals and essentially make tickets obsolete.

People will trick them out to be hotel suites on wheels

The Rand report also poses that once the fatigue of driving is erased from the equation, people may opt to travel farther - and with all the comforts of home. "Autonomous cars may shift users' preferences toward larger vehicles to permit other activities," says the report. "In theory, this could even include beds, showers, kitchens or offices."

Some industry watchers believe autonomous cars will provide a new model of transportation that will give people little incentive to own their own vehicle. "Under this 'Uber' like scenario, the same autonomous vehicle could be called upon for the morning commute by a number of individuals with laddered arrivals, while the vehicle could remain 'on duty' for errands during the day as needed by others," says Vincent DeAugustino in his Keefe, Bruyette & Woods analyst report.

Benefits of this futuristic model include more car-pooling, less traffic and emissions. "In our view, these are great societal benefits if Americans can stomach a new definition of car ownership and the freedom it affords," writes DeAugustino. "Urban Millennials are displaying some willingness to migrate away from this cultural American hallmark, so there's some viability to this thesis, which would significantly reduce the role of personal auto insurance."

We will be here to support you in your car insurance needs.  If you have questions are your policy, how much coverage you need, or want tips to save money on your insurance please call us.

Dean & Draper is a Trusted Choice insurance agency representing over 200 insurance companies. For over 35 years we have offered a trusted freedom of choice to our clients.  Contact Us.