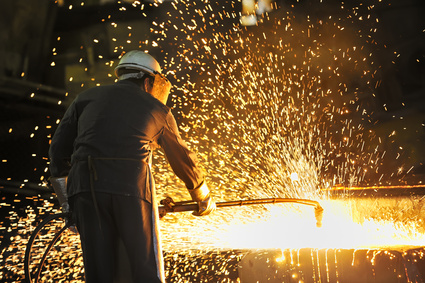 For most of us Labor Day means the end of summer, a long weekend for the last trip to the beach, or a backyard barbeque.  The original intent of the holiday was to recognize the contributions that laborers make to the United States as a whole.

The origins of the holiday are still under debate.  In Canada, the first Labour Day was April 15, 1872.  The Toronto Trades Assembly organized Canada’s first significant demonstration for work’s rights.  Twenty-four of the Toronto Typographical Union members were imprisoned for striking for a nine-hour working day.

In the United States, the first Labor Day parade was in New York City on September 5, 1882.  In 1884 the first Monday in September was selected for the holiday and the Central Labor Union urged similar organization in other cities to celebrate a “workingman’s holiday” on that date.  The holiday was recognized in cities around the country through municipal ordinances in 1885 and 1886.  Oregon was the first state to pass the Labor Day holiday bill on February 21, 1887 followed by Colorado, Massachusetts, New Jersey, and New York.

The actual founder of the U.S. Labor Day is still under discussion over 100 years after the first Labor Day celebration.  Some of the records name Peter J. McGuire, general secretary of the Brotherhood of Carpenters and Joiners and a cofounder of the American Federation of Labor as the first to suggest a day to honor those “who from rude nature have delved and carved all the grandeur we behold.”

The challenger, Matthew Maguire, a machinist and secretary of the Local 344 of the International Association of Machinists in Paterson, NJ, apparently proposed the holiday in 1882 while serving as the secretary of the Central Labor Union in New York.

President Grover Cleveland signed a law designating the first Monday in September as Labor Day nationwide – interesting because Cleveland was not a labor union supporter.

In the United States membership in labor unions reached an all-time high in the 1950’s with about 40% of the work force participating in a union.  Today, union membership is about 14% of the working population.  Teachers are the largest group of union workers nationwide.  The lowest number of union members is in agriculture, finance, restaurants, and bars – about 1% of the population.

We invite you to have a relaxed Labor Day with family and friends celebrating the last days of summer and, of course, the American worker – creator of so much of the nation’s strength, freedom, and leadership.

Dean & Draper is a Trusted Choice insurance agency representing over 200 insurance companies. For over 34 years we have offered a trusted freedom of choice to our clients. Contact Us.