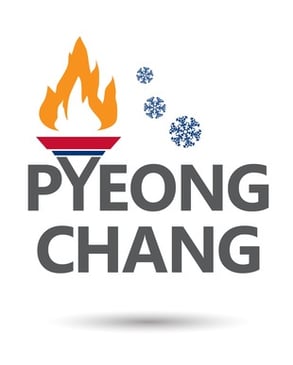 More than 76% of Americans watch the Winter Olympics.  And 78% of us have a favorite sport.  Figure skating is the most popular at 35%followed by ice hockey at 16%.

We have gathered the numbers – some of them stunning – of the Pyeongchang Winter Olympics.  Enjoy the trivia.

Proposed cost put forth in the city’s winning bid ($1.5 billion for the actual Games and $2 billion to $6 billion for infrastructure). Estimated cost $3.5 Billion - $9.5 Billion

High definition coverage of 5,000 hours is provided by OBS.

Number of people who will have access to Winter Games television coverage 5 billion.

NBC paid $4.4 Billion for the broadcast rights to the Olympics through 2020.

Over 2,400+ hours of coverage from NBC, most-ever for a Winter Olympics.

Members of the “Passion Crew,” 14,647 volunteers are helping the Games run smoothly.

The front of each medal features the Olympic rings logo and diagonal lines symbolizing discipline and determination; the back features the emblem for the games and the name of each event. The teal-and-red ribbon is a traditional textile embroidered with patterns of the host country.

Record 92 countries that will participate.

Total number of athletes competing in the Winter Olympics 2,952.

Total coaches and officials in attendance 3,500+.

U.S. athletes 244; the largest delegation for any nation in the history of the Winter Games.

Curling was introduced in 1924, this is the first Olympics at which coed teams will compete. And in case you didn’t know, the goal is to get the rocks as close to the center of the circles as possible.

We hope you will enjoy the Olympic Games and cheering on our athletes.  When you have a moment to think about your insurance needs, we invite you to call us with your questions and concerns.