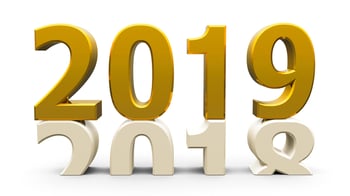 As 2018 draws to a close, we thought we would take a look back at some of the events of this unusual and challenging year.  If we missed one of your favorites, please take a moment to let us know.  Click here.

The unemployment rate is the lowest since 1969.

We exercised our rights, voting in the most tumultuous midterms in years. Democrats gained control of the House, Republicans expanded their Senate majority, and voters made history, ushering into Congress many firsts for women and minorities.

Colorado elected the first openly gay governor in the US.

An Idaho boy who protected the American flag with his body stirred the patriotism of a nation in September. Fifth-grader Jack LeBreck lay on the ground under the flag as two other boys struggled to fold it on a windy day.

Parkland became the site of a mass school shooting when a former student killed 17 people, including students, a football coach, and an athletic director, at Marjory Stoneman Douglas High School on Valentine’s Day.

Nevada became the first state with a majority female legislature.

For the first time in Marine Corps history, a woman was in charge of an infantry platoon.

A magnitude 7.0 earthquake that struck near Anchorage on Nov. 30 sliced opened roads, knocked out power and damaged buildings. Over 3,000 aftershocks have rattled the region, though no deaths or serious injuries were reported.

Hawaiians were sent scrambling one January morning after an emergency alert notification warned of an incoming ballistic missile threat. Residents and vacationers ran for cover and called loved ones thinking death was imminent. The only problem? The alert was an error.

A city in Georgia became the first to have its criminal justice system led entirely by black women.

Hurricane Florence brought catastrophic flooding to North Carolina and surrounding states in September, causing billions of dollars in property damage and shattering all-time rainfall and flood records in the Carolinas. More than 50 people died in the storm, despite warnings from local authorities to evacuate.

The "Year of the Woman" went global.

Nature humbled us. California burned as the Camp Fire became the most destructive in state history. Hurricane winds and floods battered the Carolinas.

California was devastated by historic blazes this year which will likely impact the state for decades. 6,228 wildfires. Over 876,000 acres charred. At least 100 deaths. In Northern California, the Camp Fire, the deadliest and most destructive in state history.

Scientists came up with an idea to stop glaciers from melting.

NASA's InSight touched down, and captured the first sounds of wind on Mars.

A deadlock over funding for President Trump's border wall led to a partial shutdown of the federal government, which continues to this day.

Then, we ended the year with a solemn goodbye. Funeral services for George H.W. Bush were a farewell not only to a former president, but also to a generation.

We wish you a happy and prosperous New Year.  If you are going out to celebrate please make arrangements for safe transportation home.  We’re here for you when you have insurance questions, too.

InflationWhat is Pet Insurance, and Does “My Fido or Rover” Need It?