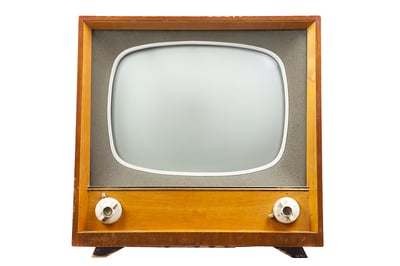 As if we didn’t watch a lot of television before the pandemic, we’re now watching more than ever as we’re waiting for our turn to get a vaccine.

AARP Magazine’s February 5, 2021 issue, media critic Tim Appelo makes his picks of the TV series that have had the greatest influence on our collective culture and, by extension, each of us. We have edited the list to fit our space. To see Tim’s list in it’s entirety, click here.

As if we didn’t watch a lot of television before the pandemic, we’re now watching more than ever as we’re waiting for our turn to get a vaccine.

AARP Magazine’s February 5, 2021 issue, media critic Tim Appelo makes his picks of the TV series that have had the greatest influence on our collective culture and, by extension, each of us. We have edited the list to fit our space. To see Tim’s list in it’s entirety, click here.

All in the Family (1971–79) Liberals and conservatives alike loved Archie Bunker's un-P.C. malapropisms. The show, which was unlike any other up to its time, openly tackled issues such as Vietnam, infidelity, race relations, homosexuality, women's liberation and menopause.

The Golden Girls (1985–92) What? Four single women over 50 and they're having the time of their lives? Every belly laugh struck a blow for the dignity of aging.

The Fresh Prince of Bel-Air (1990–96) Featuring Will Smith, it was one of the first shows where Black kids could see a Malcolm X poster like the one on their own bedroom wall.

Why we absolutely had to buy cable ...

The Sopranos (1999–2007) The first mob drama on a par with The Godfather and Goodfellas (with which it shared 27 cast members).

Game of Thrones (2011–19) The fantastically complex fantasy about battling royals whisked us all to another world.

Families we loved, decade by decade

Leave It to Beaver (1957–63) The first kid's-eye-view family sitcom, inspired by its writers’ kids.

Modern Family (2009–20) It was shot as a fake documentary, and its clans mirrored reality — traditional, blended and same-sex.

This Is Us (2016–Present) A healing show in a divisive time, with six times as many Black writers as most shows and such big-name directors as Regina King.

Laugh-In (1967–73) The kitschy sketch-comedy show spawned such catchphrases as “Sock it to me!"

Saturday Night Live (1975–Present) The cast has tapped squarely into the zeitgeist for 45 years now, offering a live-comedy high-wire act with no net that has featured a who's who of the funniest actors in America, among them Bill Murray, Tina Fey, Eddie Murphy, Will Ferrell ...

Cheers (1982–93) Who knew that bar life in Boston — where everybody knows your name — could be so funny?

Seinfeld (1989–98) A sitcom about nothing more than human foibles and the infuriating minutiae of everyday life on Manhattan's Upper West Side.

Shows that changed our views of women, at home and at work

I Love Lucy (1951–57) America liked Ike — but it was Lucy we loved. The day after 29 million watched Eisenhower's inauguration, 44 million watched Lucille Ball's character rush to the hospital to give birth. The show, with TV's first interethnic couple (Desi Arnaz, Ball's costar and real-life husband, was Cuban American), influenced all later sitcoms.

The Mary Tyler Moore Show (1970–77) She could turn the world on with her smile, yet she was TV's first woman defined by work, not a man. So Lucy's infantile “Waah!” gave way to Mary Richards’ verging-on-tears, authority-challenging “Mr. GRANT!"

Maude (1972–78) Maude (Bea Arthur) was the liberal answer to Archie Bunker, debating issues from abortion to mental illness to face-lifts.

Thank you for taking a moment to view our blog. When you need information about your insurance, we are here with straight answers.