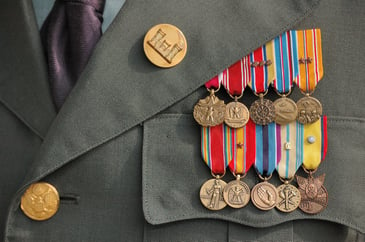 Our last blog about Memorial Day was two years ago.  The historical information was fascinating and certainly bears a reprint.  Before we get to the history of Memorial Day, let’s take a short look at our World War II veterans.

According to the US Department of Veteran’s Affairs, 16,112,566 US veterans survived WWII.  An average of 362 WWII veterans die each day.  And there are just under 500,000 WWII vets alive today.

While most of us celebrate Memorial Day as the beginning of summer, the holiday’s history begins during the American Civil War.  The holiday started as a day for placing decorations on soldier’s graves and was called, appropriately, Decoration Day.

The sheer number of soldiers of both sides who died in the Civil War (more than 600,000) meant that burial and materialization took on new cultural significance. Under the leadership of women during the war, an increasingly formal practice of decorating graves had taken shape. In 1865, the federal government began creating national military cemeteries for the Union war dead.

The holiday gained national recognition after the American Civil War in 1868, when General John A. Logan of the Grand Army of the Republic, an organization of Union veterans founded in Decatur, Illinois, established it as a time for the nation to decorate the graves of the Union war dead with flowers. By the 20th century, various Union and Confederate memorial traditions, celebrated on different days, merged, and Memorial Day eventually extended to honor all Americans who died while in the military service

Another clear reason for family visits to cemeteries in this time was the lack of “perpetual care” burial grounds.  Even today in some rural areas, the care of a burial plot is up to the families and friends of the deceased.  Some families create an event similar to a reunion to weed, plant, ground level, and clean the burial plot.

On May 26, 1966, President Lyndon B. Johnson signed the presidential proclamation naming Waterloo, New York, as the holder of the title of birthplace of Memorial Day. This action followed House Concurrent Resolution 587, in which the 89th Congress had officially recognized that the patriotic tradition of observing Memorial Day had begun one hundred years prior in Waterloo, New York.

The preferred name for the holiday gradually changed from "Decoration Day" to "Memorial Day," which was first used in 1882.  Memorial Day did not become the more common name until after World War II and was not declared the official name by Federal law until 1967. On June 28, 1968, Congress passed the Uniform Monday Holiday Act, which moved four holidays, including Memorial Day, from their traditional dates to a specified Monday to create a convenient three-day weekend. The change moved Memorial Day from its traditional May 30 date to the last Monday in May. The law took effect at the federal level in 1971. After some initial confusion and unwillingness to comply, all 50 states adopted Congress' change of date within a few years.

Whether you are celebrating Americans who died while in military service or welcoming the beginning of summer or even both, we hope that you have a wonderful, safe holiday.  When you have questions about your insurance coverage, we also hope you will call us.  Contact us.