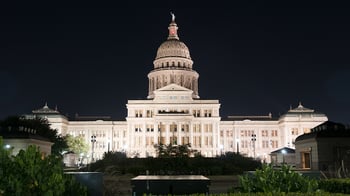 It’s a proven fact that everything is bigger in Texas. We have gathered some little-known facts about Texas for this week’s blog. They range from demonstrating just how big things in Texas are to strange and ambiguous still-on-the-books laws.

Texas is larger than any country in Europe. Texas would be the 40th largest county, if it was actually a country, with a land area of 268,820 square miles.

The King Ranch is larger than the state of Rhode Island and sprawls over 825,000 acres. Home to 35,000 head of cattle and over 200 quarter horses, King Ranch was designated as a National Historic Landmark in 1961.

Wind Turbines. With more than 100,000 acres of turbines, Texas has the 4th largest wind farm in the world.

Texas Independence. The Texas Revolution between Texas and Mexico lasted from October 2, 1835, to April 21, 1836. The newly formed Republic of Texas existed for 10 years until Texas became the 28th state of the union on February 19, 1846 .

It’s illegal in Texas to:

Bat Colony. The largest known bat colony in North American is in Texas at the Bracken Cave with over 20 million bats.

Deadliest Natural Disaster. The Great Galveston Hurricane of 1900 took between 6,000 and 12,000 lives and ranks as the deadliest natural disaster in the nation’s history. The storm surge was 8 – 15 feet.

Texas German. A dialect of German is spoken only in Texas. Thanks to the Germans who came to the state in the mid-19th century Texas German is still spoken today in towns like New Braunfels, Fredericksburg, Boerne, Schulenburg, and Weimar.

Thank you for spending your time checking out today’s blog. If you have a question about your insurance, we are here with solid answers.

Sources: The Culture Trip, Best Life Online, Only in Your State, Enchanting Texas.