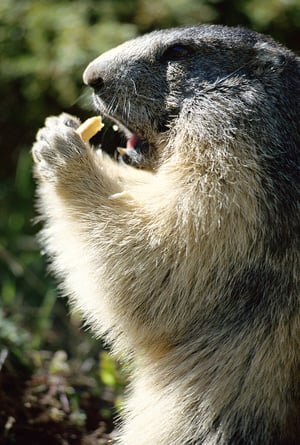 Next Tuesday, February 2 is Groundhog Day.  How can we even think about Groundhog Day without remembering the 1993 by the movie of the same name and starring Bill Murray. We thought a moment of unique and interesting facts would be a great distraction from more serious matters of the day. Enjoy!

Beginning with the ancient Christian tradition of Candlemas – when clergy would bless and distribute candles needed for winter, Groundhog Day has roots in Germany with the farmers hoping for an early spring.

The concept was expanded when a hedgehog was selected as a means of predicting the weather. If the rodent saw his shadow and returned to his den, then more weeks of cold and snow were expected. If he roamed out of the den in overcast weather, then an early spring was expected.

Once they migrated to America, German settlers in Pennsylvania continued the tradition, switching from hedgehogs to groundhogs, which were plentiful in Pennsylvania.

The groundhog, also known as a woodchuck or whistlepig, typically makes its home in the brambles and thickets that grow where forests meet fields. There, it digs burrows between 4 and 6 feet deep and up to 40 feet long—removing as much as 700 pounds of dirt in the process.

Like its squirrel relatives, the groundhog eats leaves, grass, flowers, bark, and twigs and climbs trees to reach tender buds or fruit. This furry animal will also go after just about any crop, favoring beans, peas, and carrot tops. It may even take a bite out of every squash or pumpkin in a row, instead of consuming just one.

Beauregard Lee. Since at least 1988, when he appeared on a nationally televised weather segment, Beau – as he is known to friends - has been the go-to groundhog forecaster for the southeastern seaboard. His plantation at the Yellow River Game Ranch near Atlanta, Georgia includes a miniature white-columned southern mansion complete with its own verandah.

Wiarton Willie. Tiny Wiarton, Ontario, has built quite a tourist trade around the annual weather predictions of its albino groundhog, Willie. Begun in 1956, the three-day winter festival now attracts thousands of people for the music and sports, sort of like a rock concert with curling. Today Willie’s descendant, also an albino, acts as Ontario’s Groundhog Day prognosticator.

We hope you found a chuckle in our Groundhog Day information. When you need more information about insurance, we are ready with solid, straight answers.

Storm And Weather TopicsWhy Do I Need Business Insurance?